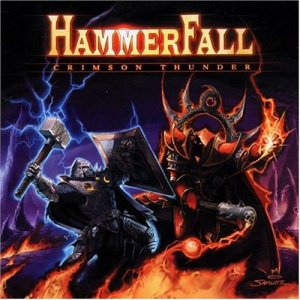 Yesterday I went to the rock concert of Hammer Fall organized at SAARANG yearly IIT-M cultural. Itâ€™s been 8 years since I attended SAARANG which I use to be a regular. The visit took me to my college days where we would be deprived of money and we would long to make up for concerts.

This time money was not a problem and we went for the expensive ticket with which we can go near the troop. It has been an electrifying experience.

I didnâ€™t know I carry such stamina. I danced nonstop for 4 hours. We stood on the first row from where folks were playing. We danced. We banged with each other. Then we had some grub danced on the steps.Â

Other aspect is the way concert was organized. Everything was handled by professionals and it was absolutely delight to the eyes. Also sponsors were all biggies and I think they would have got value for their money.

Didnâ€™t know how four hours had gone. Even as a student I didnâ€™t try such dancing experiments. My friend has taken video of how I danced and will soon publish it in Youtube.com.

Iâ€™m proud to be a Chennaite as Iâ€™m born and brought up in this lovely city. Iâ€™ve travelled places in my life but Iâ€™ve never admired a place other than Chennai. As a proud Chennaite Iâ€™m planning to engage myself to celebrate Chennai week on my own. Bout for people who donâ€™t know about the history of Chennai here is a small synopsisâ€¦

The founding day of Madras is considered to be August 22, 1639. It was on that day, in that year, that a sliver of land, where Fort. St. George stands today, was transacted by the East India Company.
Â
The deal was struck by Francis Day, his ‘dubash’ Beri Thimmappa, and their superior, Andrew Cogan, with the local Nayak rulers. It is believed that this deal was made on August 22, 1639.

Out of the fort, grew settlements. Then the villages around it were brought together. And then, the old and new towns linked up. And then we had the city.

Also Iâ€™m design and print my own concepts about Chennaiâ€¦ Can you throw your thoughts or share me couple of punch lines about Chennai?