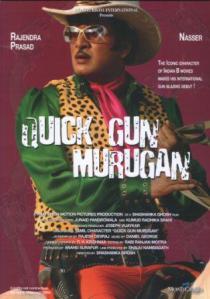 From the morning Iâ€™ve been eagerly awaiting the clock to tick 10:30 PM to watch the movie. As time passed my body was unable to bear the work load and not sleeping the previous night added to the strain. I crashed to sleep by 6:45 PM and I bunked to GYM. Then Balaji came back to pick me for the movie at 9 o clock and I was so tired that I was unable to wake up from bed. If it had been anything else Iâ€™d have cancelled it. But this is a movie which I has high expectation and also Iâ€™m fond of comedy movies and I wanted to ROTFL.

Then we went to a hotel to have our dinner and it is here where Balaji got irritated because Bearerâ€™s behavior. What every we ordered were not available and that to we were inform of it only after 5 min. It took too long to get what we ordered. Balaji wanted to walk out. I convinced Balaji as I thought going to another place and having dinner is only going to make things delayed.

Then once we reached Satyam Annex parking it was full and we have experienced it for the first time. Then we had to go for normal parking and cars were on Queue for at least half a Kilometer. Then parking the car took 20 min and when we entered the life was in ground floor and by the time Balaji was about the reach there the lift moved. By this time Balaji decided it was a bad day. Again the excitement to watch Quick Gun Murugan kept me coolâ€¦

Then we were late and got settled and right from the beginning it was fun and when I saw Balaji he was really not enjoying the movie. I think he went out of mood. Coming back to movie it is 100% spoof comedy and it has lived to expectation. Rajendra Prasad has done real justice to the role. Every inch of the story is well thought and even songs were spoof and really criticize Tamil movies of 60â€™s & 70â€™s.

Over all it is best laughter medicine as from second half Balaji started enjoying the movie and brought him back to normal.