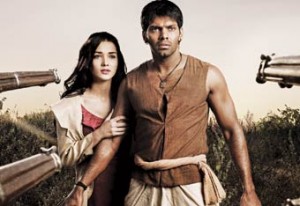 Watched MadrasaPattinam along with my friends and with my fiancee. As usual we were late by 15 minutes but better than my friends who came late by 30 minutes and 45 minutes. This if what we taught about the movie;