I’d like to start everything after thanking Partick & Sonia for their wonderful initiative… Yep they were the people behind the idea of Celebrating Christmas Carol in office… This celebration was helpful;

It was around 3.30PM for everyone to get gathered at office… We started the event after Cutting the X’mas cake and the honors were done by our CFO… Then immediately were were given copies of songs to be sung and for next half an hour it was full of songs;

Then it was time for playing some games where we were asked to rotate a multiply wrapped cover and every layer will have a mock task to be performed or a gift… Only three were lucky Bala (CFO) got a Dairy Milk, Bhuvaneshwari got a Kit-Kat & the biggest lucky person is Suganthi who got a Fiema De Wills soap and Shampoo…

Overall it was a wonderful evening and a day to remember for every… These are some of the moments of the day;

Let me leave you with some exciting pictures;

Iâ€™m proud to be a Chennaite as Iâ€™m born and brought up in this lovely city. Iâ€™ve travelled places in my life but Iâ€™ve never admired a place other than Chennai. As a proud Chennaite Iâ€™m planning to engage myself to celebrate Chennai week on my own. Bout for people who donâ€™t know about the history of Chennai here is a small synopsisâ€¦

The founding day of Madras is considered to be August 22, 1639. It was on that day, in that year, that a sliver of land, where Fort. St. George stands today, was transacted by the East India Company.
Â
The deal was struck by Francis Day, his ‘dubash’ Beri Thimmappa, and their superior, Andrew Cogan, with the local Nayak rulers. It is believed that this deal was made on August 22, 1639.

Out of the fort, grew settlements. Then the villages around it were brought together. And then, the old and new towns linked up. And then we had the city. 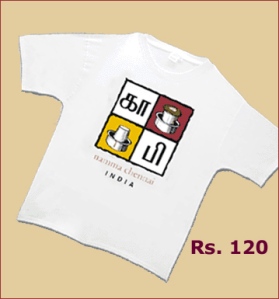 Also Iâ€™m design and print my own concepts about Chennaiâ€¦ Can you throw your thoughts or share me couple of punch lines about Chennai?