My Situation: My company was in near disaster when 35 out of 40 of my staff resigned in less than 2 weeks..

That was the first time I came across an attrition and I was almost collapsed… I got convinced that my four year entrepreneur journey has come to an end..

The book talks about ways of turning setbacks to success and it is conveyed with 27 real life cases..

A small snippet about Failure from the book;
Old Definition:A negative, fatal, and final result indicating:

New Definition: A short-term unexpected result that reflects a challenge in progress and that provides:

Finally I’ve to thank the author Charles Manz for giving us such a wonderful book.. Your book had huge impact on me SIR!!!

Thank You Once Again SIR!!! 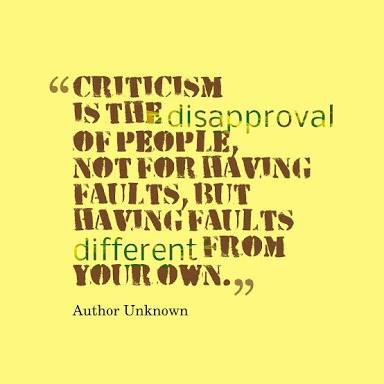 Today I’ve been criticised for a lot of my decisions and for the not soo favourable  results!!!

I purchased our car from a different dealer instead of the dealer you have recommended!!!

The result is the car stopped abruptly while driving!!! It took 5 breakdowns & a year to fix the issue, of which couple of breakdowns have been charged by the dealer!!

I didn’t do a proper due diligance while applying for a home loan!!! This inspite of you telling not to go with a particular bank!!!

I ventured into Cinema Production against your wish and against your warning!!! Eventually the movie flopped and it was a bomb in the box office!!!

I’m working on the Coffee Shop project again in spite of your concerns for availibility of time to manage it!!!

Though I’ve my own reasons and explanation for all the criticism, I don’t want to make it a normal affair by justifying my decisions!!!

Let me confess that;

Also I’d like to remind you a point… Never criticise an entrepreneur… It will only make his resolve and perceivarance more stronger!!!

Please do understand that “Ship is safe on the shores, but it is not built for that”!!

Likewise an entrepreneur is safe doing nothing, but their genes are not tuned for that!!!

But I’d like to thank you for kindling my resolve to succeed against the odds!!!

Let me close it with my favourite number from Akon!!!

Thanks to Robert Kiyosaki for sharing this….

FreeLancer: Between 1998 – 2000 I’ve been a freelance and I’ve been into web design and manpower consultancy…

Agriya: This was my first entrepreneurship venture… Agriya was a Web Services company… I learned the nuances of entrepreneurship… I’ve been a part of this company for 8 years and it was a #success…

Distributor Of a Pharma Product: Invested in this venture to help my friend and I had no earlier experience on the domain… This venture was a #failure…

People Justice: Invested and Operated a fortnightly Tamil Magazine which is into investigative journalism… Learned the nuances of the business where I came to know the types of printing, selecting paper, networking with journalist, editorial, layout design, proof reading and distribution…This venture can also be considered #failure… But still we occasionally keep releasing the issue…

Real Estate Venture: Tried my hands on Real Estate which has created a lot of millions in India… Unfortunately this venture is also a #failure…

Cogzidel Technologies: Cogzidel is a Web, Mobile & Social Media services company… I’m a part of this company for last four and half years…

Cogzidel Consultancy Services: CCS is an accounting and business services company… I’m a part of this company for last four and half years…

In all my #failed ventures I was an investor and I invested to help a friend of mine to settle down… Though I learned from those ventures my main take away is;