This is a real story that happened between the customer of General Motors and its Customer-Care Executive. Pls read on…..

A complaint was received by the Pontiac Division of General Motors:

‘This is the second time I have written to you, and I don’t blame you for not answering me, because I sounded crazy, but it is a fact that we have a tradition in our family of Ice-Cream for dessert after dinner each night, but the kind of ice cream varies so, every night, after we’ve eaten, the whole family votes on which kind of ice cream we should have and I drive down to the store to get it. It’s also a fact that I recently purchased a new Pontiac and since then my trips to the store have created a problem…

You see, every time I buy a vanilla ice-cream, when I start back from the store my car won’t start. If I get any other kind of ice cream, the car starts just fine. I want you to know I’m serious about this question, no matter how silly it sounds “What is there about a Pontiac that makes it not start when I get vanilla ice cream, and easy to start whenever I get any other kind?” The Pontiac President was understandably skeptical about the letter, but sent an Engineer to check it out anyway.

The latter was surprised to be greeted by a successful, obviously well educated man in a fine neighborhood. He had arranged to meet the man just after dinner time, so the two hopped into the car and drove to the ice cream store. It was vanilla ice cream that night and, sure enough, after they came back to the car, it wouldn’t start.

The Engineer returned for three more nights. The first night, they got

Now the engineer, being a logical man, refused to believe that this man’s car was allergic to vanilla ice cream. He arranged, therefore, to continue his visits for as long as it took to solve the problem. And toward this end he began to take notes: He jotted down all sorts of data: time of day, type of gas uses, time to drive back and forth etc.

In a short time, he had a clue: the man took less time to buy vanilla than any other flavor. Why? The answer was in the layout of the store. Vanilla, being the most popular flavor, was in a separate case at the front of the store for quick pickup. All the other flavors were kept in the back of the store at a different counter where it took considerably longer to check out the flavor.

Now, the question for the Engineer was why the car wouldn’t start when it took less time. E..ureka – Time was now the problem – not the vanilla ice cream!!!!  The engineer quickly came up with the answer: “vapor lock”.

It was happening every night; but the extra time taken to get the other flavors allowed the engine to cool down sufficiently to start. When the man got vanilla, the engine was still too hot for the vapor lock to dissipate.

Even crazy looking problems are sometimes real and all problems seem to be simple only when we find the solution, with cool thinking.

Don’t just say “problem is at the other end or it is  IMPOSSIBLE” without putting a sincere effort….

What really matters is your attitude and your perception.

It was an unpublished rag to rich story… Where a person from a village coming to Chennai… He started his business with hardware to electrical to TNHB contract to Travel Agent to Construction Business….

I thank Roshan for facilitating a meet with Thala… And thanks to Thala for sharing his story… You are really interesting and motivating…. You have really made my day….

Also thanks you both for the Sunglass….. 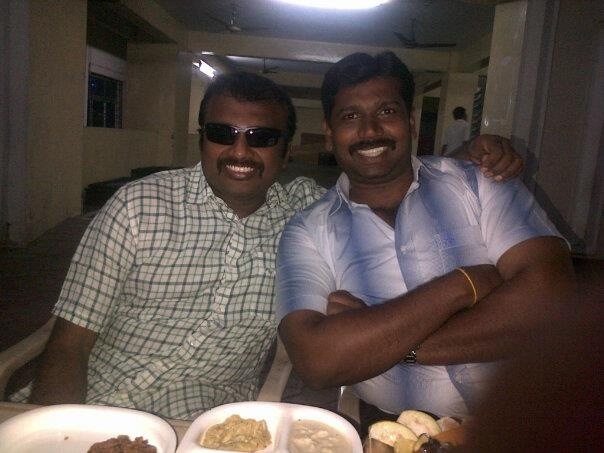 Always i rejoice days where i worked with full satisfaction. I carry that happy moments along with me & will funny & accommodating.

But I don’t know what happened today. I wanted to be calm, silent & serious. Without me realizing I had a wonderful day at work and i did following tasks today;

This is supposed to be a fulfilling day for anyone and anyone must feel high. But for me everything looks normal and I’m not that excited. I normally go out to watch some movie when I’m sad or very much excited. Today i got a call from my friend to go for a movie which i turned down.

But i feel happy because the new change in me is only taking me in the right path.

At Cogzidel we have never documented all the solutions we solved for every challenge. I wanted to press folks in writing a case study and I wanted to lead from the front and wrote the first case study. There are more to come in future;

Challenge: We as a company didnâ€™t believe on having a separate testing team to test our products. Because the projects were of short duration we always felt a testing team would make sense only after the development team unable to deliver results in spite of doing unit testing. But we were facing lots of challenges because of poor unit testing and many times we get a positive test report from our unit testers and our managers would pass the product to the client believing the words of their subordinates.

Most of the cases client comes back irated as there would be obvious bugs.

Solution: After doing a lot of counseling and giving reprimands nothing worked out as this thing got continued. We finally thought and got a suggestion from out CTO that;

Based on the number of bugs and size of the project CTO will analyze will recommend if the project can be sent for project closure.