This app has complemented to my growing passion for Mobile Photography…

Image was taken from FaceBook which was of poor resolution & quality… 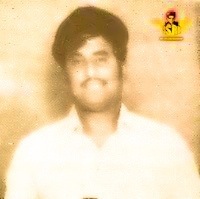 Only then Yamuna realised what I meant in the morning… Also I mush confess that her click was much better than mine :)…

What better a person can do when he is on Swaminathan Kasiviswanathan company… Simple #eat #eat #eat… On other side he is the one who makes you enjoy you #food #photography & #socialmedia initiative… Just started my day with Mr.Inspiration…

Movies: I’ve been a great movie buff and I was in my peak between 2004 – 2010… These where the times I went for movies with Major, Balaji & Kavi… These are people with whom I do a lot of post movie discussion and I enjoyed them… But these days I don’t have such a perfect companion to enjoy watching movies…

Photography: This was very amateurish but never flourished as Balaji was the only companion with whom I was enjoying this art and after him I completely stopped taking snaps…

Long Drive: Again this was at itz peak with Major & Balaji and after them this has come to a halt…

Vagabond Travel: This is one thing I did as an individual… Though there was no physical companion when I was traveling… There was a companion in depression, boredom & loneliness which made me to enjoy my vagabond travel…

Thunder / Lightning Watch: This was very short lived by me & Balaji use to stop our car near Kovalam back water to enjoy seeing Thunder Light on the water… We spent many long hours for handful number of days…

Live Concerts: These were times with Aparnaa & after her marriage I’ve never been to a live concert until I went to AKON a month back…

We request to forward this to yourÂ friends, family and officeÂ colleagues. We have attached a JPGs below for easy distribution through email,Â blogs, forums, facebook, orkut and other online communities.

We want to attract as many interested people as possible to attend this mega event/member meetup/photo exhibition/workshops/trekking gear display/presentations. Preparation is in full swing at this moment, 60+ members responded to ourÂ call for volunteers (we are contacting you one by one), 50+ members have contributed financially amounting to 20.000 rupees so far. We still require much more to realize this huge undertaking so please doÂ support us.

A long time plan to visit to Tirumala with my parents, Raghuâ€™s family, Raviâ€™s family & Prasadâ€™s family got momentum during last week of December. Then after confusions because of Andra volatility things got sloppy and we did know if this trip was on till last moment. Anyways Prasad asked me to make it anyways. Since my parents were unable to make it I came along with my friend.Â

So initial plan was to start by 6 o clock from Chennai in Indigo Marina and hand over the car to a driver so that he can pickup raghu and prasadâ€™s family in the morning. Owing to lot of official work we started from office in my Zen by 8.30 and had to fix my puncher wheel. Since the tube was torn we had to replace the tube. I asked Suresh to drop me in my house and asked him to fix the puncher. He returned back by 9:30 and my father parked Indogo Marina in my uncleâ€™s house as some household work was going on. So unable to take Marina out and we had to settle with Zen.Â

Then while filling petrol I remembered that I forgot to pick my data-card. Then went back to home collected it and returned and we had dinner at Motel Highway in Poonamallee. Once when we were out it was 11.30 PM. Then got a call from Prasad and he said Tirumala road will be closed between 1 â€“ 4 AM. So we decided to drive slowly. We were driving at 40 Kmph and still we reached Tirupathi by 2.30. We decided toÂ  sleep in the car and we thought we can pick raghu and drive to the hill.Â

En route Suresh wanted to know my entrepreneur journey and I was narrating my experience till date. Since I didnâ€™t sleep the previous night I was tired but restrained from sleeping because I didnâ€™t want to make Suresh drive alone. On reaching Tirupathi I slept immediately. We started taking snaps on reaching Andra Border.Â

As a surprise Prasad arranged for a VIP darshan by 7 o clock in the morning. We had no time to relax and we all got ready in 30 min and we all went to temple. We had very good darshan where in we were able to see the lord at a distance of 5 â€“ 8 feet. We were blessed to get the arathi & able to see lords feet. Also we had a glimpse of lord for 5+ minutes. It is all a blessing as these opportunities are not easy to come. Also we had a bones of worshiping along with actress Rambha.Â

Then we were very tired and we slept for six hours and we missed a visit to goto Tiruchanur and worship Thayar. Again by 6 o clock we had another VIP darshan. Again we got same things what we got in the morning & since we were with Prasad we got some more privilages like getting different varieties of prasadam. Again this time we had the opportunity to prey along with Director Cheran, Actor Dr.Rajashekar, Actress Jeevitha and Actor Tarun. From there we went for dinner and then returned to Guest House.Â

On returning we to guest house we changed the costumes, made some calls, checked mails & then myself & Suresh though of going to walk and I usually do this when I go to any place. We started hunting for good photogenic places and we were taking some snaps. On this pursuit we lost the route and we were repeatedly getting lost. After finding the correct route we found the Goa movie team as they were hunting for a hotel for dinner and time was 1.15 AM. We requested them for a snap and they acknowledged. I donâ€™t know if they were lucky to find a good hotel at that time.Â

Now reached the room and it is time to sleep and wake up by 6 for next darshan.

Today I got a link from my friend Suresh Ramaswamy alias Anand Erode that had showcased the pictures he shot from his camera during the New Year eve.

I was startled for two reasons;Â

He is a talented chap from his childhood days & one good thing about him is still hungry for new hobbies and excelling in it.

I miss him these days. Mate I wish to spend next year new year with you in Singapore and learn some photography & enjoy the show.

To see more you can check this link http://picasaweb.google.com/geekbrains/Fireworks2010MarinaBay#

That is because I was back from a big depression and I had lot of time and I wanted to divert my mind from all bad experiences. It was these hobbies which helped me to overcome strongly.Â

For last 3 months my concentration on all these hobbies are slowly coming down. I donâ€™t know if I must take it positively as;Â

Or should I blame myself for cutting down on my hobbies which have helped me in bad times.Â

Though there is every genuine reason like;Â

But personally speaking I want to balance things and want to accommodate all the special things which were my companion during my lonely times. So from now I plan to be more professional and get back to loop.